Bucknell on the Susquehanna 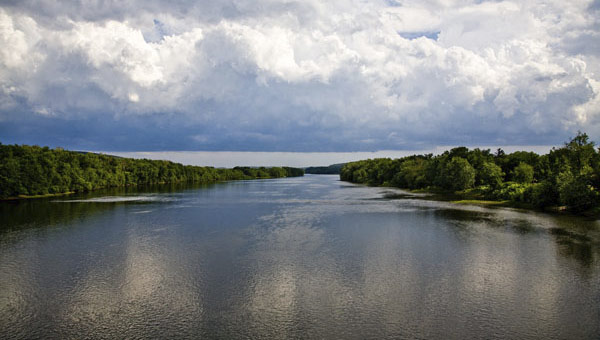 The Susquehanna River, the largest non-navigable river in North America, is home to some of the world’s most unique geology and ecology. A new semester-long interdisciplinary program, Bucknell on the Susquehanna, is a field-based approach to learning about the river region.

Check back in fall 2011 for a new edition of Bucknell on the Susquehanna.

It has been my intention for some time to bring this blog to a conclusion, but time and other commitments have kept that from occurring. Most study abroad experiences have a very clear end point, when one finally returns to the familiarity of home. However, for the inaugural semester of Bucknell on the Susquehanna, this feeling is not quite so definite. The Susquehanna River Valley is still very much a part of my daily life now here at Bucknell University, and will continue to be until I graduate. While my time writing for this blog has come to a close, […]

Continue reading To be continued… »

Posted by David Manthos at 4:02 pm

Comments Off on To be continued…

When the Bucknell on the Susquehanna students were on campus and not electro-shocking local streams, watching salmon spawn in the Pacific Northwest, or meeting with the spiritual leader of the Haudenosaunee Nation, we also had the responsibility to conduct another class, unique to each student. Incorporated in the program, one credit hour of the program is to be earned through an independent research project, advised by one of the three faculty. Projects ranged from feasibility analysis of nutrient trading in the Susquehanna watershed, to analysis of Marcellus Shale flowback water across the state (as reported to the DEP), and my […]

Posted by David Manthos at 4:28 pm

Comments Off on The Tiny Monster: Limestone (Bull) Run in 1972

The Boldt Decision of 1974 secured many rights for the Native Americans, but decades of misuse and different priorities do not correct themselves overnight. At the Nisqually Tribal center, we met with tribal members and non-natives alike who have devoted their life to fighting for proper natural resource management and environmental rights. Some of the veterans of the salmon wars still work tirelessly with the local tribes and government, such as Georgiana Kautz, better known as “Porgy.” The results of their work is both exciting and dramatic, even though it may take years to fully realize success. One of these […]

Posted by David Manthos at 2:06 pm

Comments Off on Estuary Restoration and Urban Watersheds

Speaking for the Salmon: Native American Perspectives in the Northwest

About the same time as the Civil Rights movement was taking the Deep South by storm, another social inequality in the Pacific Northwest was challenged and defeated by unlikely heroes. According to treaties signed in the 1800s between the State of Washington and the existing Native American tribes, the two parties were supposed to be entering joint-custody of the the natural resources such as salmon, shellfish, and hunting grounds. By signing the treaty, tribes such as the Squaxin, Nisqually, and Quiluete were granting the newcoming settlers space and permission to coexist alongside their own cultures, sharing in the bounty of […]

Continue reading Speaking for the Salmon: Native American Perspectives in the Northwest »

Posted by David Manthos at 2:01 pm

Comments Off on Speaking for the Salmon: Native American Perspectives in the Northwest

In my opinion, the coast of the Pacific Northwest is one of the most beautiful places I have ever seen. This is reflected in a piece that I wrote on a specific beach in Washington State, excerpted on a post a couple of weeks ago. I have visited this region several times in the last decade, but this trip up U.S. Route 101 up the California-Oregon coast is as thrilling and gorgeous now as it was the very first time. Unfortunately it is not possible to stop at every beautiful site along the way, but we did our best to […]

Posted by David Manthos at 1:55 pm

Comments Off on A Whole Lot of Driving (Part II)

A Whole Lot of Driving (Part I)

Since the plan for our West Coast expedition involves starting in San Francisco and ending in the Puget Sound Watershed, there obviously has to be a lot of traveling involved. Unfortunately, one of the Suburbans decided to die in the middle of nowhere on a two-lane highway in the desert. Fortunately it came back to life, but replacing it at Reno delayed the departure of our crossing of the third largest state in the U.S. But before we headed north, we explored some of the intricacies of water rights in the arid West. Based on an archaic system, water appropriation […]

Continue reading A Whole Lot of Driving (Part I) »

Posted by David Manthos at 1:52 pm

Comments Off on A Whole Lot of Driving (Part I)

San Francisco and Other Watersheds…

San Francisco! To be more precise, the San Francisco Bay. On Thursday, November 11, BotS took two very packed Suburbans across the Bay Bridge and into the city. First on our agenda was to visit with Dr. John Callaway (Environmental Science, University of San Francisco) at Chrissy Field, a restoration project within sight of the iconic Golden Gate Bridge and Alcatraz Island. Originally a salt marsh rich in biodiversity, the site has seen a wide range of uses in the past century, but only now is it being restored to its natural condition. Western humans seem to have always taken […]

Posted by David Manthos at 1:48 pm

Comments Off on San Francisco and Other Watersheds…

These next few days we are based in Olympia, Washington, a nice relief from traveling constantly. This morning started out with an introduction to the Northwest Indian Fisheries Commission courtesy of Professor Wilshusen’s sister.  When we arrived at the Fisheries we were introduced to Billy Frank Jr., a leader in the movement for Native American rights. As he greeted us with enthusiastic hugs he thanked us for our concern and curiosity of fishing issues within the Northwest. Billy’s talk was not only informative but highly engaging because of his enthusiasm for the issue. This issue I talk of is based […]

Posted by Joanna Freeman at 1:43 pm

Comments Off on Puget Sound

On the Road Again

Day 7 was another day full of driving, broken up with a few stops along the way. The day started bright and early as we checked out of our hotel, piled into the cars and drove to Humboldt State Park to see the Redwoods along the Avenue of the Giants.  We were able to walk around the forest for an hour admiring the colossal trees, which was nice because it was a break within a quiet forest. Continuing along the drive we hit the Coastal Highway and made a stop so that we could all put our feet in the […]

Continue reading On the Road Again »

Posted by Joanna Freeman at 1:37 pm

Comments Off on On the Road Again

This morning started off with a long drive from Walnut Creek, CA to Tahoe City, CA. Driving into Tahoe was beautiful with the snow-capped mountains lying before us. We ate lunch at Lake Tahoe, and while we were freezing, we enjoyed the sites we saw before us. We were able to break up our driving and start to talk about the water issues in the closed Pyramid Lake/ Truckee River Basin that we had come to see, and Lake Tahoe was part of it. The water issues pertaining to Lake Tahoe are complicated because it lies between Nevada and California, […]

Posted by Joanna Freeman at 3:04 pm